Arctic fox and Photos from Skibotn near Tromsø from One of "Noráci" from Písek.

On June 23, 2021, Mr. and Mrs. Weil visited us at the Faculty of Arts. Mrs. Věra is the daughter of Benjamin Šíma, originally from Písek, who was set up in the small village of Skibotn, about 120 km from Tromsø in the Lyngen Fjord, in the north of Norway. He worked for the German company Ohlendorffische Baugesellschaft in Hamburg as a port worker and temporarily helped out in the kitchen. He was in this area from the beginning of 1943 until the surrender and did not get home until the beginning of September 1945.

He brought a lot of period postcards, brochures and photographs of friends and Norwegian friends from Norway. Part of the war correspondence has also been preserved. Mr. Šíma was a great narrator and told his experiences from Norway in the Písek Protestant Church, of which he was a member, and also published them in the press body of the Our Victory Church (1947). Concepts of speeches and small notes on living in northern Norway have been preserved.

The photos also surprise the company of Norwegian girls, with whom the Czechoslovaks in Skibotn became friends. Several of them allegedly helped in Organisation Todt's field kitchen. Mr. Šíma learned Norwegian during his almost three-year stay. Correspondence written in Norwegian from later years has also been preserved.

In the birth house in Písek, the descendants have so far exhibited imported Norwegian war souvenirs, namely knives with carved handles from reindeer antlers, wooden pipes and even after the war paintings inspired by romantic pictures of Norwegian nature. A curiosity is also a tin box with engraved Norwegian motifs, which a friend made for him from his dinner plate. We were probably most surprised by the news that they still keep polar fox fur at home! Mr. Šíma brought it from Norway and later donated it to his dear - future wife Věra. She still lives in Písek at the blessed age of 95 years.

Thanks to the Weil family for lending and scanning the materials. We are glad that their acquaintance from Písek - a great admirer of Norway - drew their attention to our project and connected with us. The new materials will help us to describe another fragment of the forced labor of Czechs in Norway, in the area of ​​Skibotn, about which we did not know much yet. 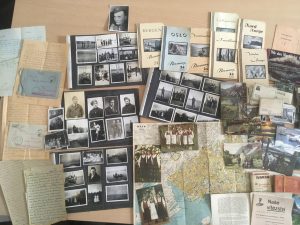 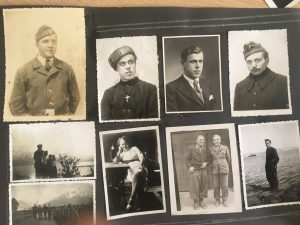 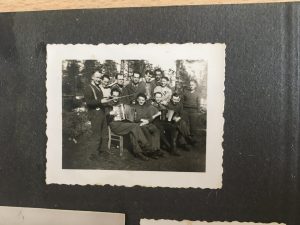 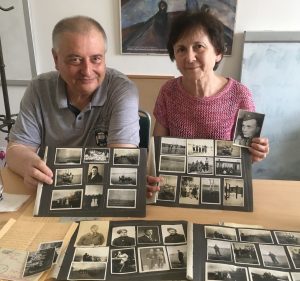