During research in the Archives of the Ministry of Foreign Affairs in Prague, we found a list of Czechs working in Storvollen and Bjøllåness (north of Mo i Rana) from January 9, 1945. They were employed there on the construction of a railway in the Fauske area at Funke & Co. From this company we record the most escapes to Sweden.

The list was compiled by a Czechoslovak military agent in Stockholm, based on interrogation letters from fugitives from Norway. He sent it to the Central Command in London. This office handed him a copy to the Ministry of Foreign Affairs.

The list also includes the names of so-called unreliable Czechs. This is the first report which shows that even among the deployed Czechs, there were not always strong friendly relations, clear pro-Czechoslovak attitudes and discipline (or indiscipline).

The Czechoslovak exile authorities learned about the deployed Czechs with great delay, and only through reports from fugitives from Sweden. In fact, until the end of the war, they had only vague ideas about the number of Czechs in Norway.

The document is stored in AMZV in the collection London Archive - Confidential, card. No. 94. (Ref. 91 / secret H.V. 2nd department 1945). With the kind permission of AMZV, we publish this document here. 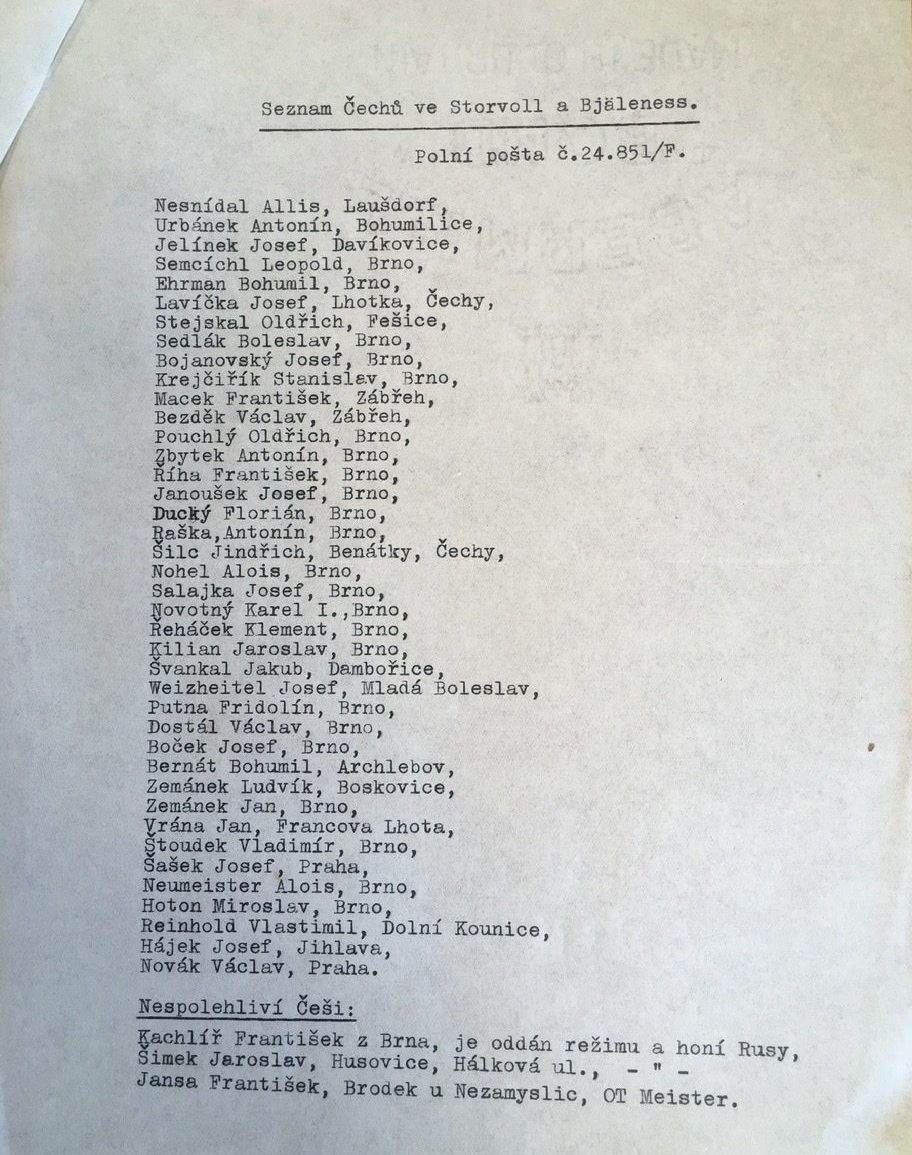 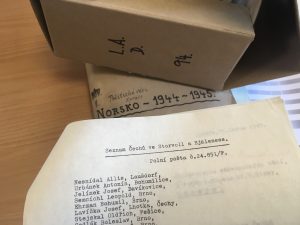