On 2.2. in 2021 we were visited by a Prague collector who has in his collection a photographic legacy of František K., who was deployed around Narvik, on the island of Engeløy. With kind permission, we publish here group photos of Czechoslovaks and snapshots from the wartime Narvik and local forced labour.

The photos show the bombed-out of Narvik (from the Battle of Narvik in 1940).

Moreover, interesting are the moments from work on the island of Engeløy, where several dozen Czechoslovaks worked on the construction of the background of the coastal fortifications, the so-called Dietl battery.

The Dietl Battery was one of the three most powerful artillery batteries built by the Germans to defend the European coast within the Atlantic Wall. The firing positions of the three 406 mm heavy cannons were to protect the mouth of the Vestfjord and thus access to the strategically important northern Norwegian port of Narvik. Due to its importance, the battery was one of the priorities in Todt's construction efforts in Norway. Up to two thousand Soviet prisoners of war (of which almost five hundred died) and hundreds of other forced laborers took part in the construction. 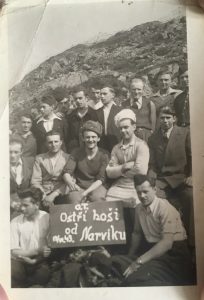 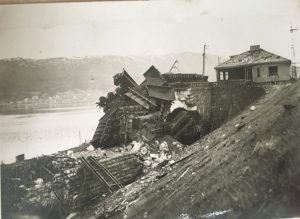 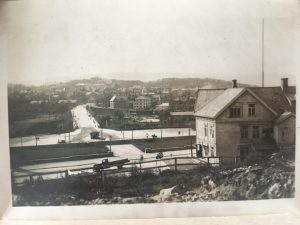 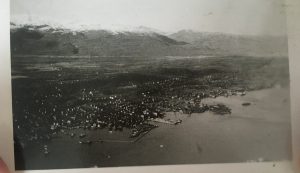