After the end of the war in Norway, Czechoslovaks were concentrated in concentration camps for so-called displaced persons. They waited for instructions from Czechoslovak repatriation officials, who, in cooperation with local and allied authorities, arranged for their transfer to central Norway, and later to Oslo. The Czechoslovaks, stranded in the north of Norway, waited for repatriation for two months and got home in September 1945, five months after the end of the war. Many have spent almost three years in Norway.

The list of repatriates confirms that 235 Czechoslovaks worked in and around Narvik at the end of the war, half of whom worked even further north in Moen near Bardurfoss. Some of these were experienced German evacuation from the northeastern part of Norway before the advancing Soviet army.

The list of transports from Narvik and Moen comes from a private archive in Havlíčkův Brod. 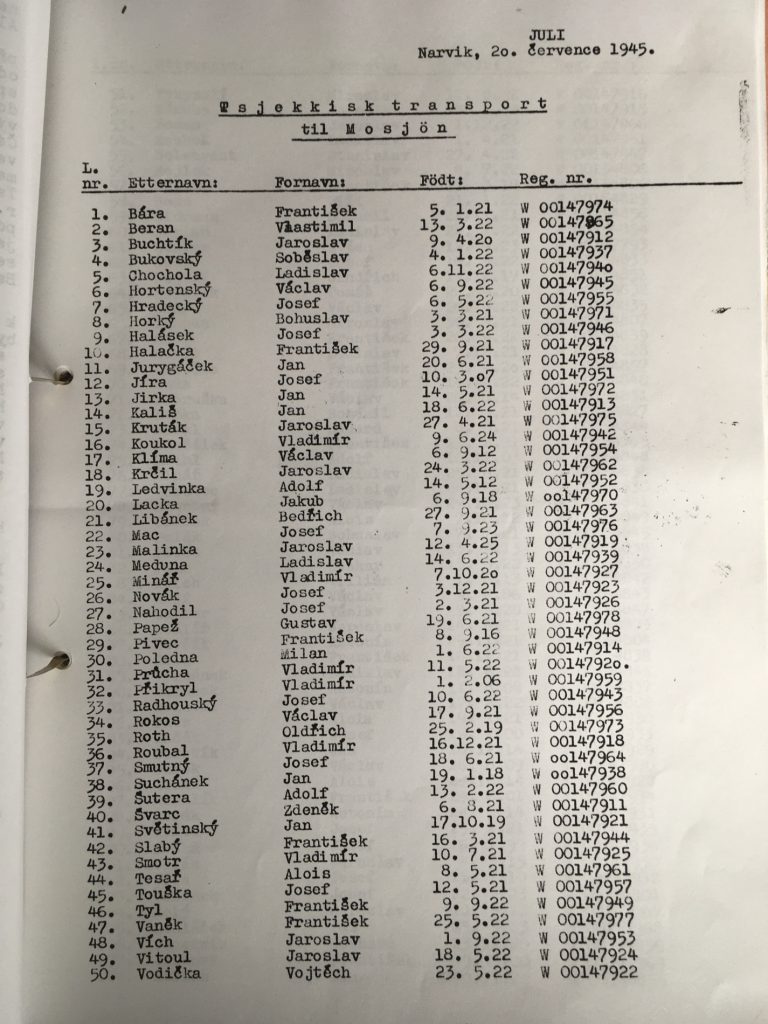 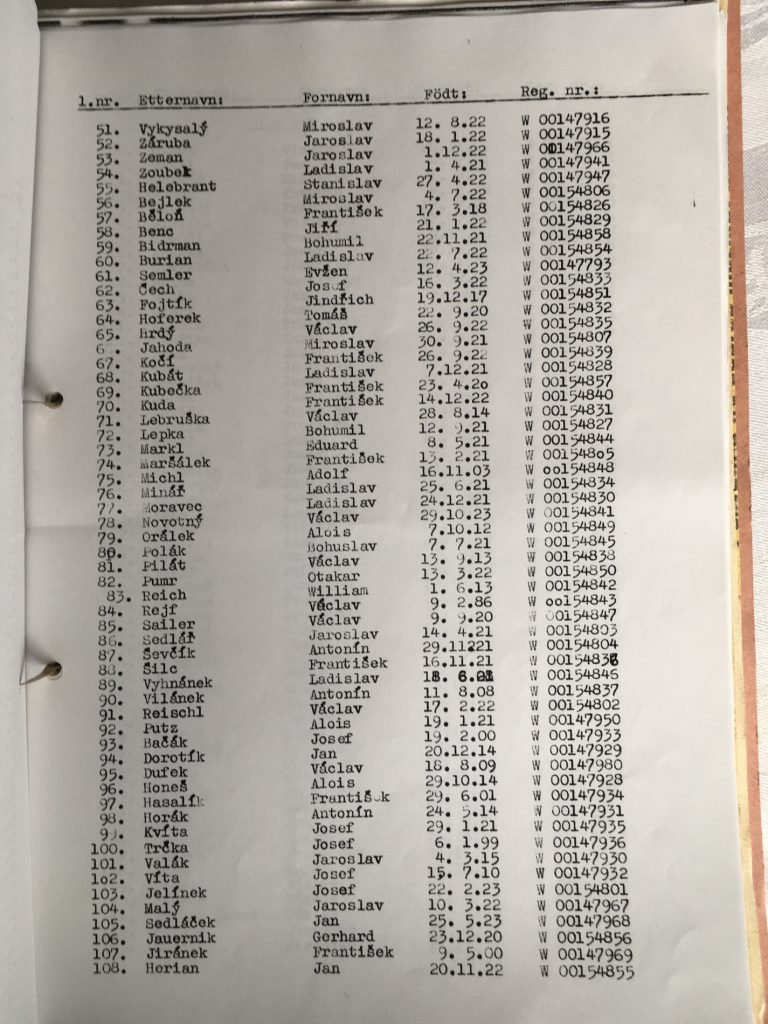 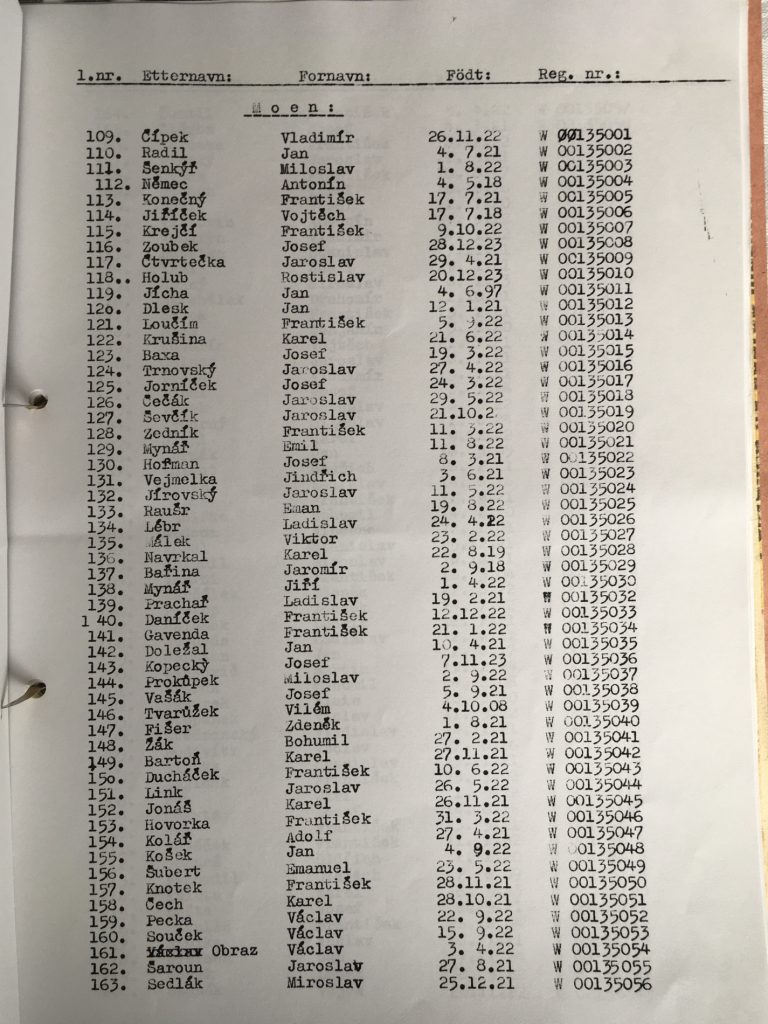 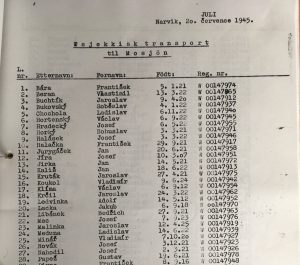