Visit to the Wife (94 years old) of "Norák", Deployed at the Norwegian-Finnish Border

On the anniversary of the end of the war, on 8 May 2021, we met in Velké Meziříčí a witness to the war events, Mrs. Maria Halačková (born 1927). She experienced the war as a young girl. In 1948, she married František Halačka, who spent the war years in Norway and worked there as a chef.

Mr. Halačka's story is also interesting to us in that his name is not registered in the Organisation Todt's file. This is the first meeting with the family of a worker deployed in Norway, about which no archival records have yet been found. According to our estimates, the records lack several hundred names of Czechoslovaks deployed in Norway.

Mrs. Halačková and her daughter Hana welcomed us to her house and for a colorful story they both provided us with period photographs and a manuscript of memories from Norway.

Here we interpret the story of Mr. František Halačka (born on September 29, 1921) originally from Záblatí near Velká Bíteš.

Mr. Halačka trained as a butcher and devoted his entire life to this profession. As a vintage in 1921, he was assigned to work for the Nazi Germany. In Berlin, he was assigned to the Organisation Todt, where he was retrained as a chef. He left for Norway in December 1942 by ship Urundi along with several hundred Czechoslovaks. He traveled through Oslo, Trondheim, Narvik and then in a small group further along the coast to the Norwegian-Finnish border, to the Finnish cities of Inari and Ivalo. There he was assigned along with 11 Czechoslovaks (chefs, tailors and shoemakers) to work for the German army. He also experienced the Arctic winter here, -42 C. Afterwards, Mr. Halačka got to Kirkenes and Skigapura, where he cooked in a field kitchen for German soldiers. After three months, he was moved with his entire unit and supplies to Børfjord (Sørøya Island near Hammerfest), where he remained for almost two years. German seaplanes flew from this bay to bomb Murmansk.

He cooked together with three chefs for 160 Germans. According to memories, mainly eintopf and fish. In 1944, he got home for a month's vacation, and the extra journey took two months. When he returned to Norway, the Germans were already withdrawing from this area. He spent Christmas 1944 in Alta and surrendered in May 1945 in Narvik. He did not return to his homeland until September 1945.

Upon his return, he completed military service, married in 1948, and raised a daughter, Hana, with his wife. Until his retirement, he worked in Velké Meziříčí as a butcher. He met a friend from the deployment, Bohumil Horký from Třebíč. In the 1990s, he and his wife took part in three meetings "Noráci" in Havlíčkův Brod. He died in 2007. 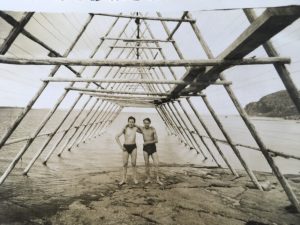 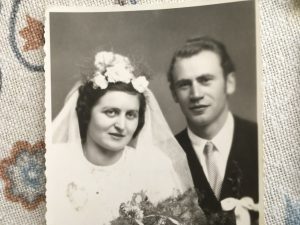 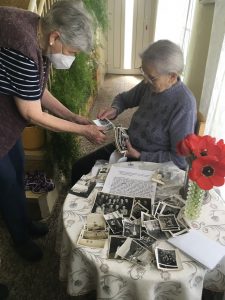 The materials are in the possession of Mrs. Halačková, Velké Meziříčí.

Thank you for lending and for a friendly chat.