We Are Looking for the Forced Labourers from the Pilsen-region

On the occasion of the exhibition in Pilsen, we are looking together with the Scientific and Study Library for the fates deployed in the Pilsen region.

Benda Alois (1909) - Útušice
Bukovský Soběslav (1921) - Plzeň
Deliš Jindřich (1912) - Plzeň
Egermayer František (1921) - Litice
Havrda Josef (year 1914) - Hradisky *
Kovec František (year 1921) - Bezděkovec
Jaroslav Lang (1912) - Stýskaly
Mucek Václav (year 1906) - Líně
Kreysa Jan (1921) - Horní Kamenice
Novák Oldřich (1922) - originally from Jihlava, lived in Pilsen
Prétl Mirek lived in Pilsen at the time of his deployment - he died in Norway in 1943, buried in the cemetery in Trondheim
Sedlák Miroslav (1921) - Březí
Smáha Jaroslav (born in 1923) - originally from Klatovy, he lived in Pilsen in Pod Švabinami Street
Šmídek Jaroslav (b. 1918) - Gladach *, lived in Pilsen and made a living as a baker
Šimr Jaromír (1923) - Staré Podlesí
Vaněk Antonín (b. 1922) - originally from the Benešov region, escaped from forced deployment in Norway to Sweden, then worked in the Czechoslovak. army in exile in Britain, lived in Březí near Pilsen
Valtr Josef (1922) - Pilsen, lived in Slovanské údolí Street
Voler Josef (b. 1921) - Líně, escaped from forced deployment in Norway to Sweden, then moved to Britain to the Czechoslovak. army in exile
Vopat František (year 1899) - Rybnice
Žaloudek Jaroslav (year 1908) - Obora u Kaznějova
* names and places can be distorted as they are reconstructed on the basis of Germanized materials

Do you know of any of these men? Contact dr. Vendula V. Hingarová on e-mail: noraci@ff.cuni.cz
We need to verify the name and place of birth. Relatives can create a biographical medallion, which will be published on this website. We are also looking for materials and memories from Norway.

Thanks for the cooperation during the search goes to the Study and Research Library of the Pilsen Region.

A scan from the album documents the funeral of Miroslav Prétl from Pilsen, who died as a result of a work accident half a year after arriving in Trondheim. We have no further information about Mr Prétl other than these images.

(Picture found in the estate of Josef Lébl, Černošice near Prague). 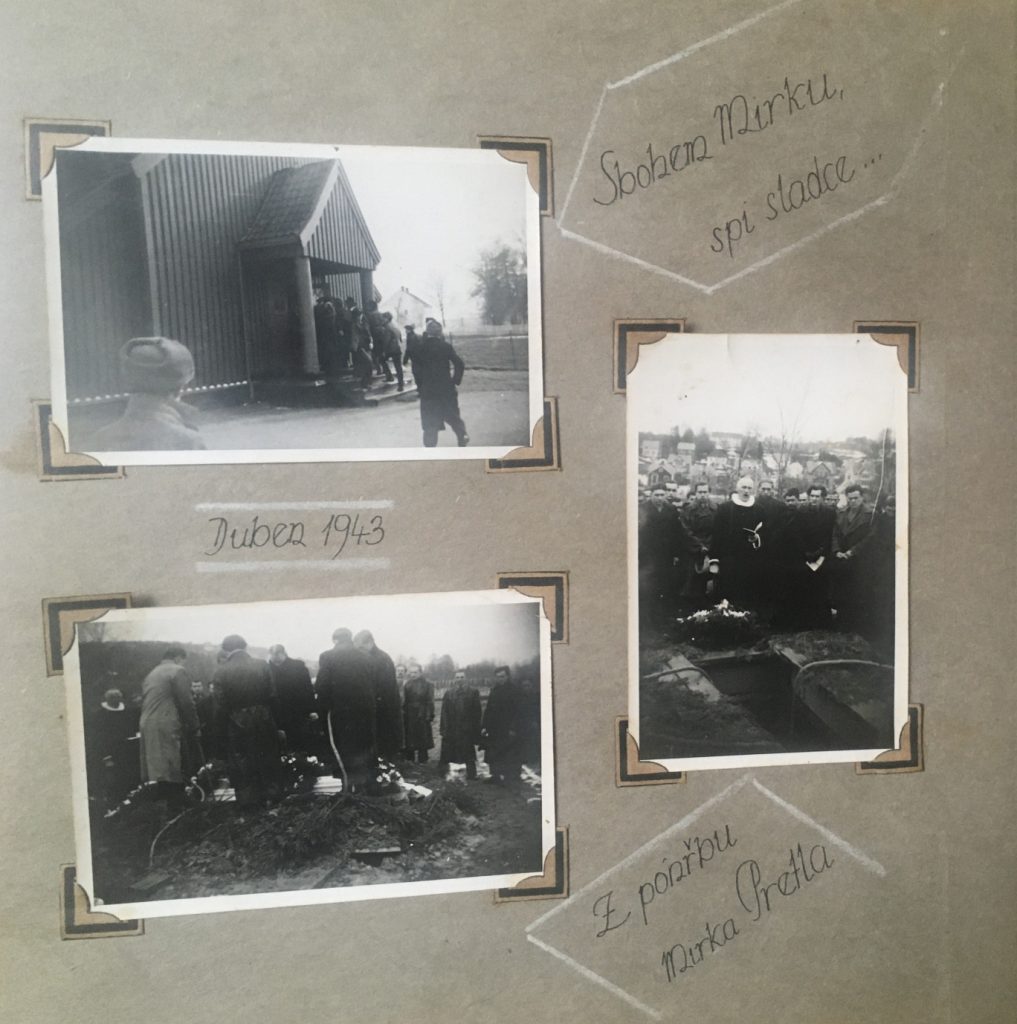 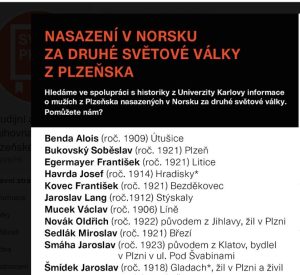