Meeting with an Artist Petr Řehoř

Petr Řehoř is a painter and has lived in Finland since 1975. He is preparing an art project that themes the story of his father Josef Řehoř, who was sent during the war on forced labor in Trondheim. Finnish photographer Pauliina Pasanen is also collaborating on the exhibition project.

Josef Řehoř (1921 - 1973) graduated from art school after the war and devoted himself, among other things, to book illustration. He gravitated to Scandinavian culture and transferred his love for the North to his son. 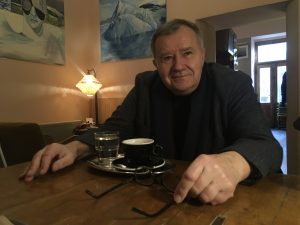